I resented the conditioning in which I (and a lot of women ) had been raised, with the idea that a virtuous women is one who gives of herself abundantly, selflessly sacrifices until she is depleted, and after that still digs to give some more. I resented the many conversations I heard/had with older women who continuously gave so much of themselves and prided themselves on never asking for too much, who told cautionary tales of loving too much.

And so I resented my boyfriend not because he was an evil person. Because the way in which he was so relaxed into love, so open and willing to ask for what he needed, he always created that space for me as well. He always asked me if I needed anything, if I felt happy, and was generous with gifts. But I didn’t know what to do with that. To love as if you had never had the rug pulled out from under you. To love as if the other would be there, willing to give, being happy by making you happy. I didn’t know I was allowed to ask for that kind of love.

It felt odd, to be allowed to exist as the one who receives, and I just didn’t know what to do with it. So I retracted emotionally, learned to give abundantly but not of my trust,  learned to always be en garde, learned to leave before I was left, or panicked because I was battling impostor syndrome. I kept asking myself what had I done to be deserving of this much abundance, or to even dare to ask for it?  I didn’t know that being loved wasn’t always (if ever) something to earn. Because that’s the thing about love. People will love you love when you think you least deserve it, and it will catch you off guard, never quite sure whether to give in or run the other way.  This has been my personal battle which extends in every aspect of my life. Romance, friendships, work. I thought I was supposed to always just give abundantly, while learning to make myself small/invisible and never ask for too much.

From the men who always asked me for too much, but also those who gave to me abundantly, I learned that there is no nobility in self-sacrifice to the point of exhaustion. That there is no glory for tragic love stories, that it was ok to work for and have the kind of tenderness you want.

Letting yourself be loved the way you want to be loved, is liberating and uplifting. I resented my ex for knowing what I wish I knew earlier. That it’s OK to relax, take off your shoes, let your hair out, and nestle yourself into the comfort of a liberating love.

A love that makes room for you.

A love that lets you be who you are yet transforms you.

Let yourself be loved. As you are, where you are. 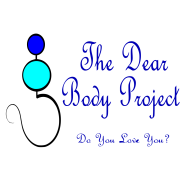 Isabelle Masado writes about body compassion on her blog "The Dear Body Project". She knows all too well that the personal is the political, is the community. As such, there is no discussing body compassion without talking about the assault on black bodies, trans women, and people with disabilities. Her mantra is, "How can I live in a way that makes room for you too"? She writes to examine, to heal, to redeem.

2 thoughts on “Philophobia, or The Art of Running From Love: Day 22 #31DaysofSelfCompassion” Leave a comment ›

The Dear Body Project Philophobia, or The Art of Running From Love: Day 22 #31DaysofSelfCompassion
%d bloggers like this: