I remember when the Episode of Gabourey Sidibe’s sex scene on empire aired on television 2 years ago. The amount of vitriol that rained down on her was unbelievable. People mentioned that Gabourey was much too large to be having sex, and that her sex scene should not have appeared on primetime television. Stills from the sex scene became the subject of countless memes, one of which said “damn! and some of you can’t even get a text back”. Insinuating that if a fat, darkskinned woman is having sex, what’s your excuse? The message was clear. Fat, fat black women’s bodies weren’t worthy of being on television or even more scandalous, worthy of being shown as desirable.

So when two weeks ago I watched the video of Mayim Mialik discussing how she was tired of seeing celebrities getting naked in the name of empowerment, I immediately flashed back to the vitriol that Gabourey endured for her sex scene, and the every day harassment that fat women have to endure simply for existing. I must note that Mayim does say that she understands that seeing fat bodies in media helps to normalize the fact that women like are that out there, and they are real. What Mayim wants girls to be taught about the fact that sexiness isn’t the only way to be empowered and that intelligence, accomplishments, social contributions, are also great ways to be feel empowered as a woman. Certainly this is a great message to give, for girls to know that their mental prowess is absolutely worthy of praise. However, we cannot neglect desirability as an important component of self-empowerment. When you think about the fact that a lot of women grow up to understand only certain kinds of bodies have the right to be seen, the right to be respected and the right to be desired, you can’t downplay the importance of seeing sexy fat women. We grow up thinking that our bodies are not our own, that they are instruments for someone else’s pleasure, and that our own pleasure and sexuality is not a priority.

This is why I love the fat women I see on instagram, love handles spilling out of their lingerie, thighs that are darker than the rest of the body, stretch marks that trail up their stomach, and folds on their backs. I especially love that they purposely pose in a provocative manner, because the message is explicitly that “this body is one to be desired and I am not asking for your permission”.   And yes, I’m ok with that being purely about sexual appeal. When we witnessed the backlash that Gabourey endured for her sex scene, it has absolutely nothing to with her intelligence. It wouldn’t have mattered if Gabourey was a neurosurgeon who won the Nobel Prize; right at that moment, it was about whether or not a body like hers had the right to visibility and desirability, and whether she even had the right feel desirable. This makes me think back to an episode of Nip Tuck, where Christian tells a woman that before he can have sex with her, she will have to put a bag over her head so he won’t have to see her ugly face. This scene isn’t a debate about whether or not the woman is intelligent, but whether she is desirable enough for him. She could have been a partner in a top law firm, but if she didn’t see herself as desirable, or thought that her pleasure mattered, her accomplishments were irrelevant.

Seeing fat women on instagram taking up space on my timeline, is something that I truly cherish. Because long before body positivity became a marketing strategy, it was the women of instagram who braved online harassment to normalize the idea that fatness and desirability are not mutually exclusive. And perhaps the challenge for Mayim here, is for her to be reminded that owning your sexuality and being intelligent, shouldn’t be mutually exclusive. At the strongest point of my eating disorder battle, my worry was never that my intelligence didn’t matter. I knew I was smart, I knew how to get good grades, and I had high aspirations for myself. But the shame that I carried in my body was one that I couldn’t shake off with my best efforts. My sexuality was always a source of shame, because any talk of sex was either about remaining pure, or never saying no to your husband because that’s why good wives did. Sex was never discussed in terms of what I wanted, but in terms of what a man thought of me. So when I hear Mayim talk about the fact that desirability is not the end all be all of empowerment, whether she means to or not, she’s not giving enough nuance to the topic of sex and empowerment especially for fat girls.

I want us to have a discussion about women empowerment, that isn’t afraid to give importance to sexual empowerment. To not be afraid to tell girls that their sexuality matters, and to trust that they can make that distinction between intelligence and sex. When I think back to my younger years, one of the things I wish most is to have been taught that sexuality and intelligence are not mutually exclusive. But I am so thankful that there are young girls who are growing up today with fat, nearly naked women on their timeline, with a Gabourey Sidibe sex scene on primetime television, and with Oprah Winfrey at the head of a successful empire. Get you a girl who can do both. Be a Girl who can do both. 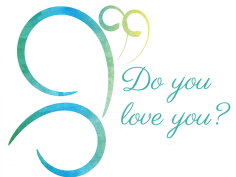 Isabelle Masado writes about body compassion on her blog "The Dear Body Project". She knows all too well that the personal is the political, is the community. As such, there is no discussing body compassion without talking about the assault on black bodies, trans women, and people with disabilities. Her mantra is, "How can I live in a way that makes room for you too"? She writes to examine, to heal, to redeem.